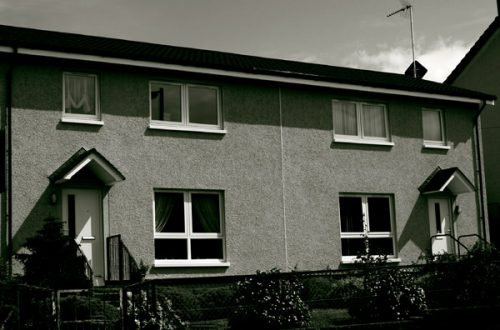 Work is complete on a £1.3 million facelift to 45 BISF houses in Shortlees, Kilmarnock. The work which has been undertaken on behalf of Atrium by CCG Ltd started in September 2010, with the properties undergoing a range of internal improvements works to fit kitchens, central heating systems, bathrooms and in some instance rewiring.

After a slight delay due to Local Authority planning requirements, work then commenced on the external fabric and re-roofing works. This involved removing the existing steel cladding and replacing it with a thick coat of insulation before giving it all a fresh rough-cast finish. The outcomes are major improvements in the energy efficiency of the houses and a dramatic improvement in their external appearance.

We are continuing to progress plans for the remaining 20 BISF properties which were left out of this round of refurbishment activity and we will continue to liaise with affected tenants to develop these plans.

Following earlier resident consultation, Atrium has been pursuing a joint regeneration strategy in relation to the 65 BISF properties. This strategy is based on the rehabilitation of 45 of the properties and proposals for the demolition of the remaining 20 and their replacement with new housing.

The part of the strategy which is entirely within the control of Atrium is being implemented. So far we have

We have also secured the support of East Ayrshire Council to have development in Shortlees included within the Councils Strategic Housing Investment Plan (SHIP) for the financial year 2012/13. 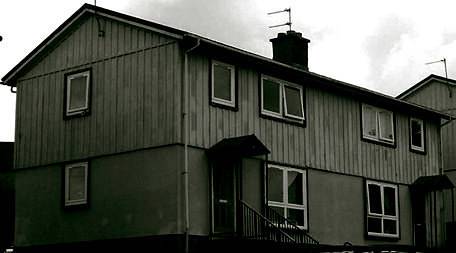 These are crucial hurdles which require to be cleared before we can implement the second stage of our strategy. However, we are still working to secure funding from the Scottish Government for the provision of the new housing, to allow us to progress to the final stages. Unfortunately, recent changes in the funding support mechanisms now mean that we are waiting for the Scottish Government to announce the precise nature of the funding support for new housing for next year and how we can access it. It is likely to be later in the year before this is made known to us.

Atrium was originally established in October 1998, under the name East Ayrshire Housing Partnership. It acquired its first housing stock in September 2000, through a Large Scale Voluntary Transfer (LSVT) of properties in East Ayrshire.

In the intervening period Atrium has established itself as one of the leading housing associations in Ayrshire, receiving local and national acclaim and recognition in the process.