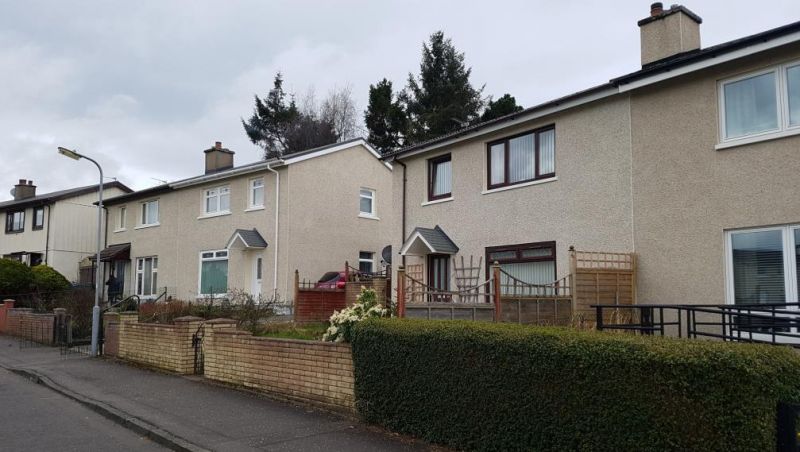 Planning
Plans  for  the  project  were  well  received  by  the  residents  having  previously  witnessed  substantial upgrades to neighbouring social housing stock.
A pre-project study was undertaken to determine viable insulation solutions for this construction type. The residents were engaged at early stages of the project to determine what type of system would be well received and to gauge appetite for customer contributions.

Two insulation options were proposed including an external and internal system, both requiring customer contributions .  A unanimous decision was received to explore the options for an external solution. Most residents  were  already  aware  of  possible  deterioration  to  the  existing  steel  frame  and  saw  the opportunity to address structural issues at the same time as improving the thermal performance of the building.

The houses are British Iron and Steel Federation (BISF) Type 1a construction with virtually no existing wall insulation leading to poor thermal performance of the building.   The Type 1a property is notoriously susceptible to corrosion of the steel frame especially in coastal locations and therefore a bespoke EWI system and appropriate structural repairs were applied to ensure the existing substrate was able to take the additional load of the insulation system.
The existing ground floor render system was removed to expose structural steel. Remedial repairs to steel stanchions were undertaken to make good the steel frame.   Some homes required minor repairs and some required substantial repairs on all elevations.

Corrosion of rolled steel stanchion was found and exposed at corner of one of the properties. Repairs were required to cut and replace the corroded section prior to installing the external wall insulation. (BISF House comment; Corrosion can sometimes occur at the base of corner stanchions due to the cracking or failure of the existing render. This allows water to penetrate into the cavity causing corrosion. Fortunately the repair process is relatively simple and straightforward as detailed above.)

The ground floor render and mesh support was completely removed from the building.

The steel frame columns (Stanchions) and diagonal bracing bar can now be viewed and inspected accordingly.

Timber structure applied at ground floor level to create a fixing for the ply boarding.

The original ground floor walls consisted of a concrete-based render cladding applied to a metal mesh substrate which was attached to the steel frame structure. A thin layer of mineral insulation was installed behind the mesh and beyond this the plasterboard of the interior of the house.

As the exterior rendered surface had been removed from the ground floor, the structure no longer provided suitable fixing points for the new external insulation boards. A timber and plywood frame was therefore attached to the lower stanchions in order to create a suitable substrate for the insulation system.

This was followed by the installation of 90mm thick Graphite Expanded Polystyrene (GEPS) insulation boards, fixed to the exterior of the houses.The houses were then finished with render and a decorative dry dash.

Funding
The final quotation for the works was £11,608 per property. In line with the conditions of HEEPS:ABS, a grant of £7,500.00 was applied to each semi-detached property.  ECO funding was also secured at £612 per property which left a customer contribution of £3,49
Customer contributions were paid using a combination of householder savings and interest free HEEPS:ABS loans.
The extent of structural repairs to steel stanchions could only be assessed once the ground floor render had been removed therefore a proportion of the HEEPS: ABS enabling budget was committed to ensure the customer contribution remained as quoted.

Project Outcomes
The average household fuel cost pre-installation was £1,000 per year reducing to £730 following installation.
This represents an average yearly saving of £270 for the households featured in this case study (from EPC data).
The average pre-installation SAP rating for these properties was 58 (low band D) raising to an average of 71 (low band C) following installation. Of the 18 properties none were band C prior to the installation and on completion, 13 were band C and 5 band D.
Of the 5 properties that have fallen short of achieving band C energy efficiency rating, 4 could be raised to band C by installing low cost draught proofing measures, and the other 1 would require a heating system upgrade by installing a condensing boiler. Typical cost of boiler replacement is around £2,500.

The feedback received for the project was very positive with 100% positive feedback for both the managing agent and contractor. 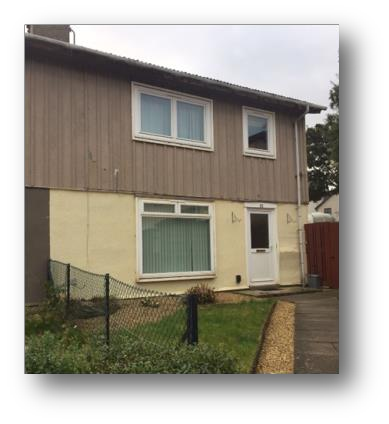 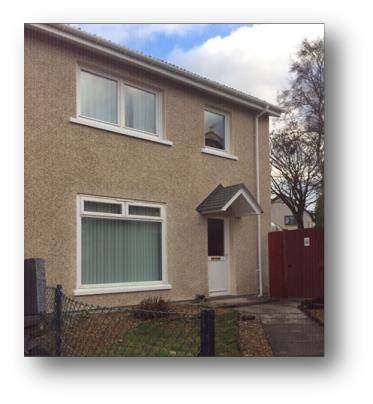 Mr & Mrs A felt the programme came at an opportune moment as they had recognised that improvements were needed to the property both in terms of the structure and the energy-efficiency. The property was previously draughty and they also had some issues with dampness.
Since the insulation upgrades, they described the property as being much warmer and no further issues with draughts or dampness. They have been able to use their heating less and have also switched supplier in order to get the best deal on their energy bills.

Following the improvements made to the exterior of the building, they have also been motivated to make other changes to their home including renovating the garden and redecorating internally.
There also appears to have been a knock-on effect  on  the  local  area  as  they  reported seeing an increased sense of pride within the neighbourhood with people taking more care of their properties and making other improvements.

“You get up and it’s warm even if the heating’s not on. It’s never cold. It gives you peace of mind”.

Mrs S decided to go ahead with the insulation works on the basis that the house was in a poor condition with the steel work and general exterior needing improvements.

Since the installation she has also noticed that the property now heats up more quickly and retains the heat better meaning that she can now use her heating for fewer hours per day. This has resulted in a decrease in her gas bills with a saving of between £10 and £30 per month. In addition, Mrs S reported a decrease in window condensation as well as noticeable noise reduction.

Mr and Mrs P
Mr & Mrs P chose to insulate their home in order to improve their comfort levels and the appearance of the property.
They have found that the property now heats up more quickly and has a more even distribution of heat.They also described the appearance as having “improved a lot” with the general neighbourhood looking cleaner, brighter and friendlier.

“It looks so much better. The rust on the outside of the building was an eyesore before”.
“It’s the best thing that has happened to these houses. It makes the environment look better and its warmer” 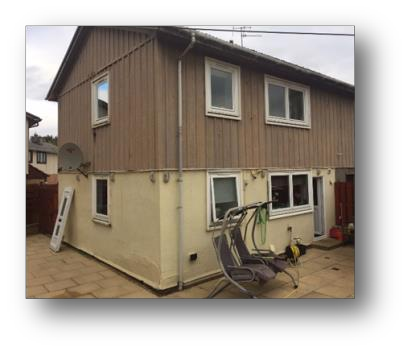 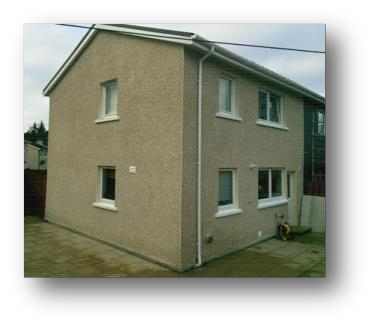 This site uses Akismet to reduce spam. Learn how your comment data is processed.

You have already reported this
Clear Clear All